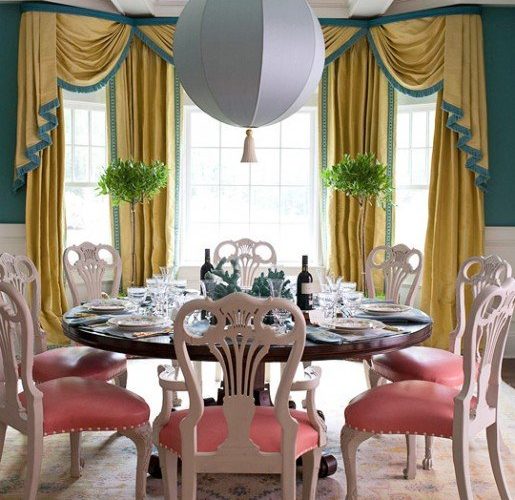 To continue our Olympic homage to Britain in a rawthuh roundabout way, we turn to renowned New York designer and friend Richard Keith Langham, whose work most certainly has a British sensibility, espousing as it does an affinity for good curtains and refined comfort. Keith is also a B.R.I.T. of […]

To continue our Olympic homage to Britain in a rawthuh roundabout way, we turn to renowned New York designer and friend Richard Keith Langham, whose work most certainly has a British sensibility, espousing as it does an affinity for good curtains and refined comfort. Keith is also a B.R.I.T. of another ilk: Boy Raised in the South.

To continue this incredibly strong tie-in between Keith and Britain, see Keith’s delightfully chic pool pavilion,  written up oh-so-breezily this week in the Hamptons’ hot new glossy The Daily Dan.

The author is Daily Dan Contribuing Editor Leslie Klotz, lifestyle marketing and pr whiz and consultant to One King’s Lane, and who is pretty delightfully chic herself. Here’s the bottom half of the article as it appeared, and the text is re-printed below the image. It’s worth reading, funny, and short, I promise, or I wouldn’t have put it here. (I know you’re busy.)

Asked about creating a summer pavilion behind his swimming pool in Water Mill, NY, Alabama-born interior designer Keith Langham quipped, “Well, I’ve always wanted to be in the circus and isn’t the Hamptons one endless big-top?” Perched behind his 1884 Queen Anne Victorian, known as the “Witch’s Hat”, the pagoda-style tent adds a whole new destination on the property, a place for Langham to “while away summer afternoons napping until it’s time for evening cocktails”. Known for his theatrical flair, Keith has built a career dancing the fine line between the amusing and the absurd, the lavish and the outrageous — an approach never lost on clients like Pat Buckley, Jackie Onassis and Renee Zellweger, who shared Keith’s taste for the imaginative. This tent, made by Brock Awnings in Hampton Bays is topped with Langham’s signature eponymous witch’s ball, once used in gardens to ward off evil. It sits on poured and scored concrete — a play on the traditional black and white checkered floor, and the furniture, designed by Langham and made in Mississippi, is highly lacquered mahogany and includes an over-scaled sofa with finials, a very wide day-bed, Adirondack style chairs from Maine and an odd vintage wicker chair. The generously proportioned cushions, also trademark Langham, can be put together for use as a spare bed Langham notes, “when your house is full or your boyfriend is mad at you.”

It brings to mind immediately of course (of course!) another wonderful pavilion – the 18th-century royal palace at Brighton built as a pretty dang spiffy summer hang-out by the then-Prince of Wales, later King George IV.

It came to be known as the Brighton Pavilion and while the exterior is more Indian and Moorish, the interiors are a lavish response to the chinoiserie craze then sweeping the isle, and which continues to sweep pretty well to this day. This of course (of course) now ties in with the 2008 Olympics in China.

This is truly a marvel of coincidences.

Little did King G-4 know there would one day be a Chinoiserie Chic blog. He would have loved it.

Lately Keith seems to be everywhere. But then he is kind of famous. And he is funny as all get-out if you haven’t figured that out yet. This interview in the New York Social Diary is a hoot.

Earlier this spring he did a Q and A for the divine Flower magazine, which if you don’t know about you should.

Not that it mattered all that much because it was POURING RAIN the entire night and we were all crammed onto the terrace and inside and oh Lord these things happen.

Please don’t y’all be calling and asking to borrow my outfit. The Costume Institute at the Met has already spoken for it.

There is no end to my glamour.

As Leslie Klotz says, and I would second, “My tastes in home furnishings and friends run a similar course — eccentric, fun, eclectic and easy to be around.”