Today’s post is a kind of parable, and a true story. If you’ve had a crisis of trust or faith lately, or someone has let you down, this is for you.

An extraordinary thing happened to me this week. One of those things that causes you to stop in the middle of whatever– and say wow, that was God, pure and simple. 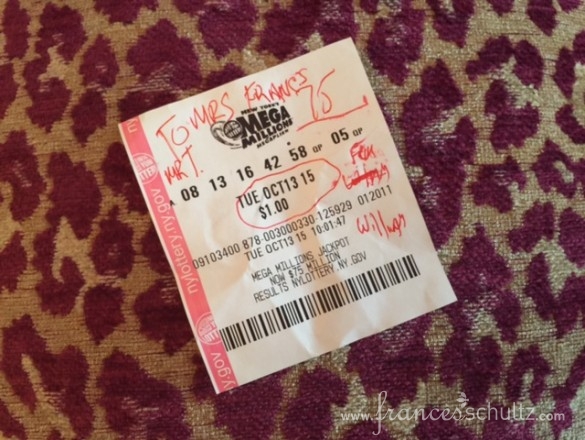 I had to end a years-long working and personal relationship with an associate. The trust between us was compromised. I felt betrayed. It broke my heart. It broke both our hearts.

Afterward, to collect myself and to calm down, I did what I always do: walk in the park. Right up there with butter and hot sauce, a walk in Central Park can make just about anything better.  An hour later, my mouth dry as cotton, I walked to the coffee shop, Viand, on Madison and 61st, to get a fountain Diet Coke with lemon. It is all about the fountain. You know what I’m talkin’ about.

On most days there is a dude, William, sitting in a wheelchair on the sidewalk outside Viand. He’s a fixture there. Sometimes he sells papers; sometimes he doesn’t. He always speaks and is always pleasant. I always give him a dollar or two on my way out, shake his hand, say God bless you. Sometimes we chat a bit. “Aren’t you on the news?” he asks me. “Naw,” I tell him. Maybe he has me confused with Anderson Cooper.

So on that black Monday, in a hollow-eyed daze, I chatted with William.

He got out a little slip of paper. “What’s your name?”

He wrote “To Mrs. Frances” in red pen on the paper, which I saw was a lottery ticket. Mega Millions. $75 million. He actually spelled Frances correctly, with an e, which was kind of a miracle right there.

“You married?” he asked.

“Yes.” (Kind of another miracle, but we won’t get into that.)

He gave me the ticket.

“I just want one million,” he said, and flashed a big gap-toothed grin.

On this of all days, in the wake of a devastating loss of trust, confidence, and faith, a stranger trusts another stranger with his possible (if not probable) fortune. A poor black man panhandling from a wheelchair, entrusts a white girl in a designer suit (who is not a newscaster), to do the right thing.

What if we won, I started thinking.

And yet we did.

Next morning, before leaving to catch my plane to Washington for the third and fourth book signing events in as many days, I hoofed it over to Viand. William was there. “We didn’t win,” I said, and gave him the ticket. “I know,” he said, “but I’m ‘on keep playin’ these numbers.”

I went in to buy my Diet Coke and came back out to William. “I need to tell you something,” I said, “about what you gave me yesterday.” I told him the story, and I cried, right there on Madison Avenue one block from Hermes. I don’t know if he understood, but he understood the gratitude. He understood the grace.