It’s beautiful and inspiring and okay a little schmaltzy. But sometimes I like that, because I am, at heart, a sap. Anway it’s a good way to start the week. A dear friend sent it to me, and I thought I’d share. Watch it here: Today I Rise.

Below are a few of the film’s images, in the background is a woman speaking what sounds to be a poem. 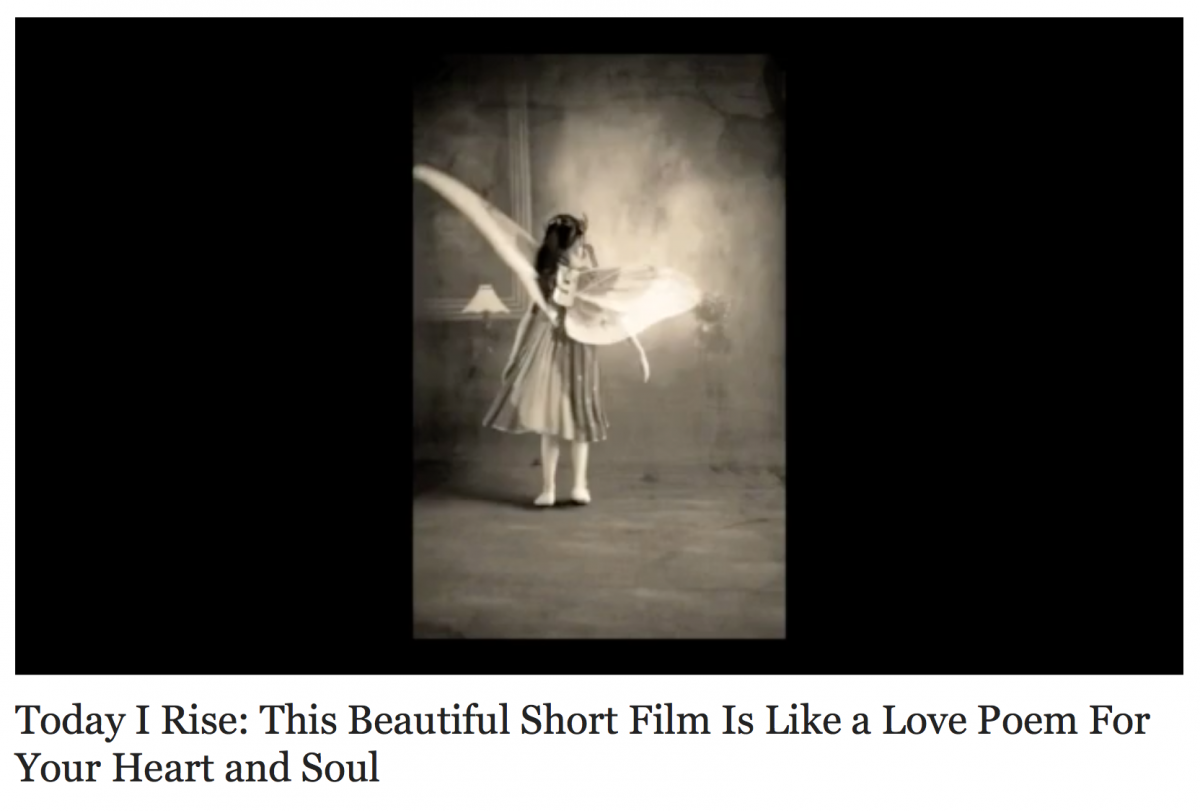 Not to be confused with the Maya Angelou poem, And Still I Rise, which is gorgeous. 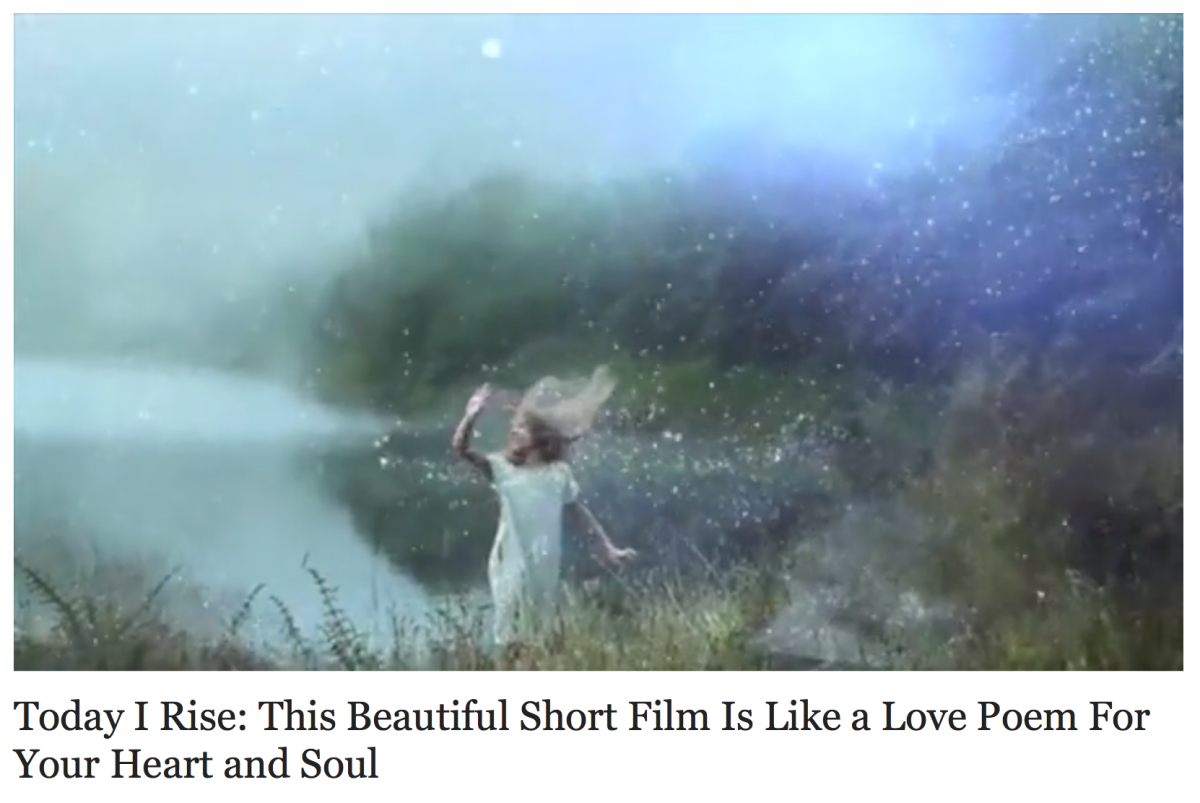 The film was produced by an entity called Wise at Heart (Facebook page here), devoted to the need for change and healing in the world; and is shown on FilmsforAction.org, which calls itself, quote, A COMMUNITY-POWERED LEARNING LIBRARY AND ALTERNATIVE NEWS CENTER FOR PEOPLE WHO WANT TO CHANGE THE WORLD, unquote.

Not going to argue with any of that. 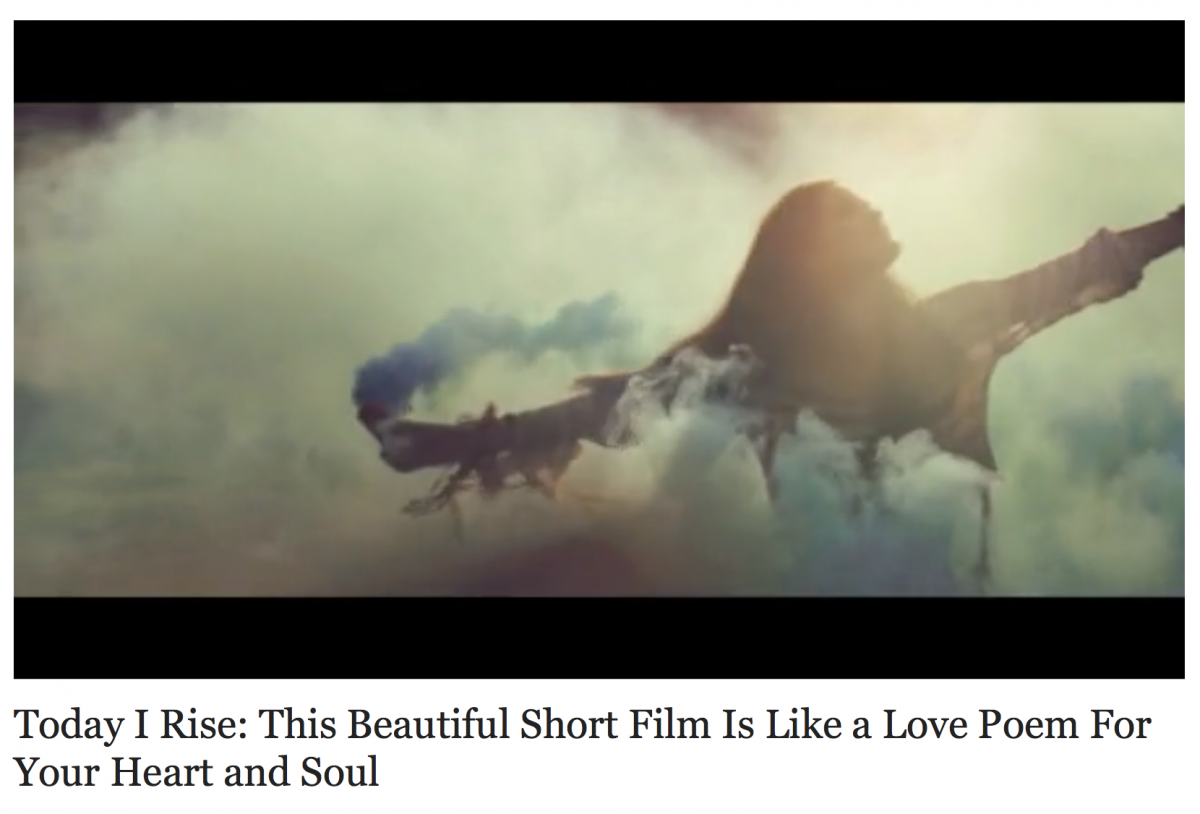 I’m wondering if the film is related to the 2011 book of same name, Wise at Heart, a collection of photographs and words of wisdom by  400 children and grown-ups from around the world, from kindergarteners (such as the boy next door), to movie stars (such as Tom Hanks), to Nobel Prize winners (such as Desmond Tutu) 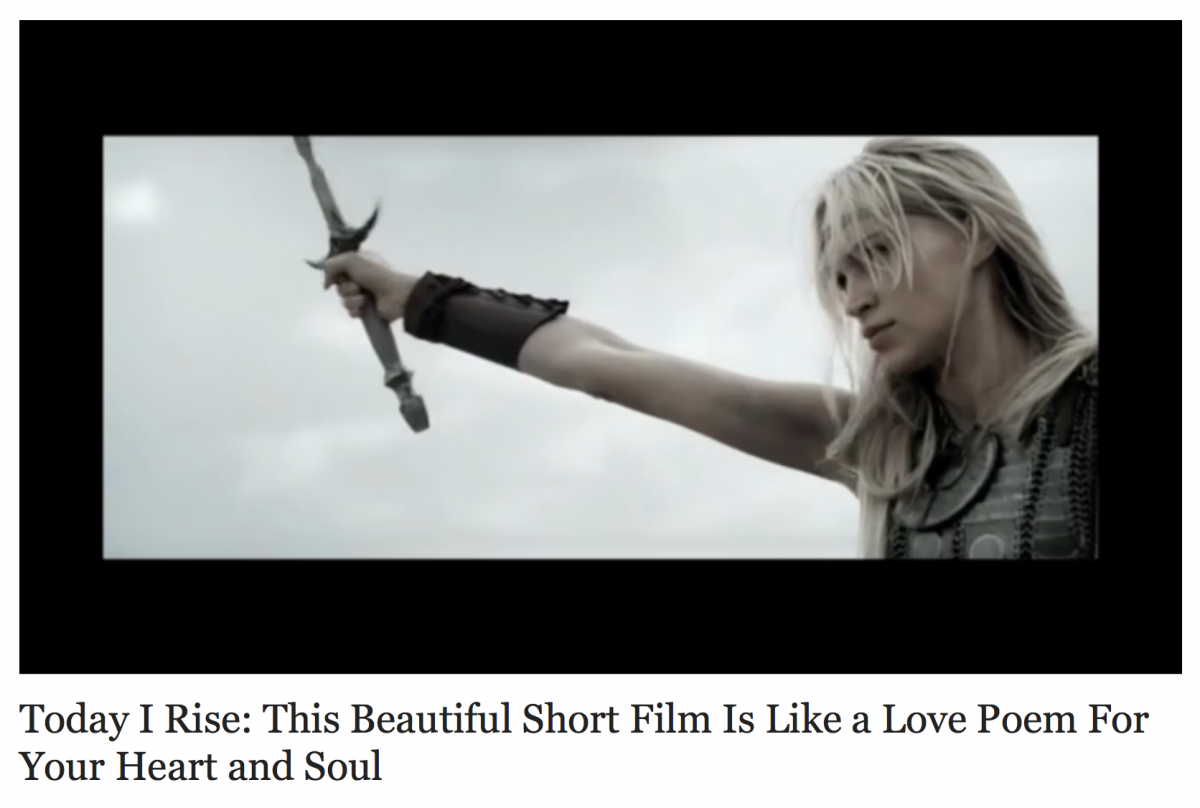 To whomever is behind it: Brava. Or bravo. Or both. We all need to rise, to do, to say, or to act upon whatever is calling us. 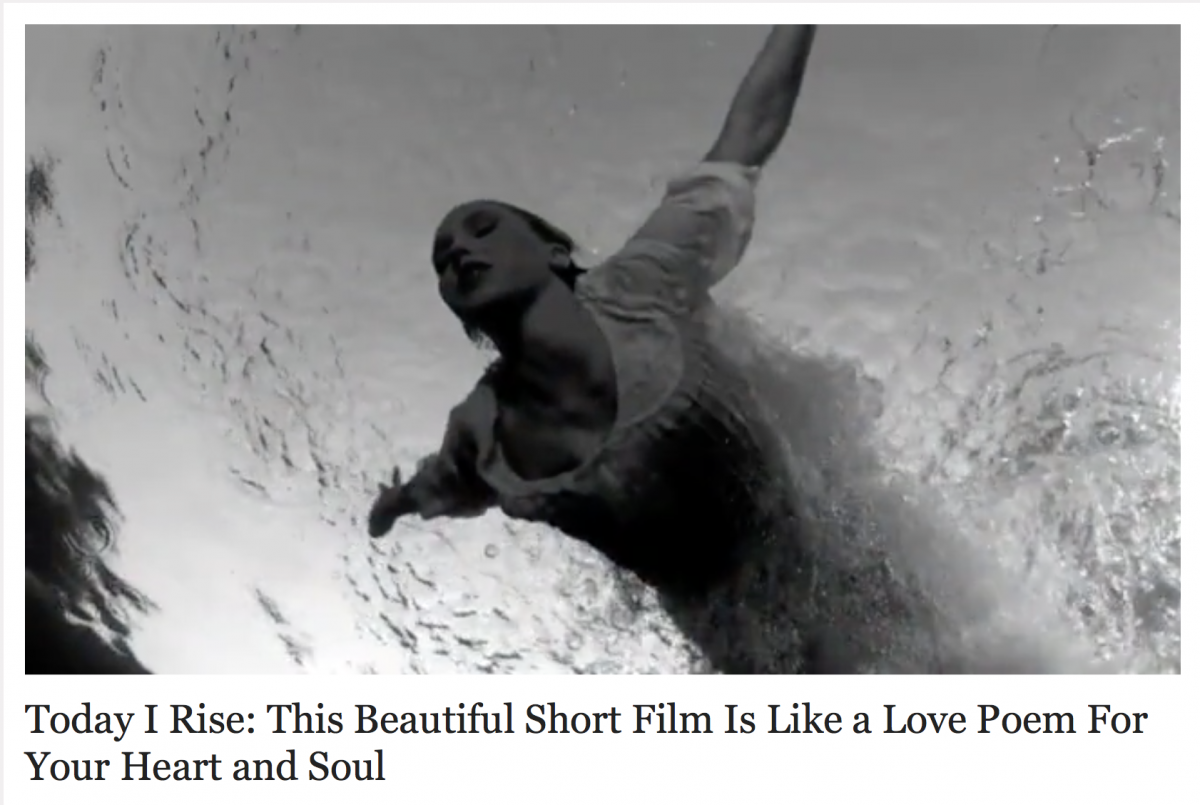 And today is always a good time to start.