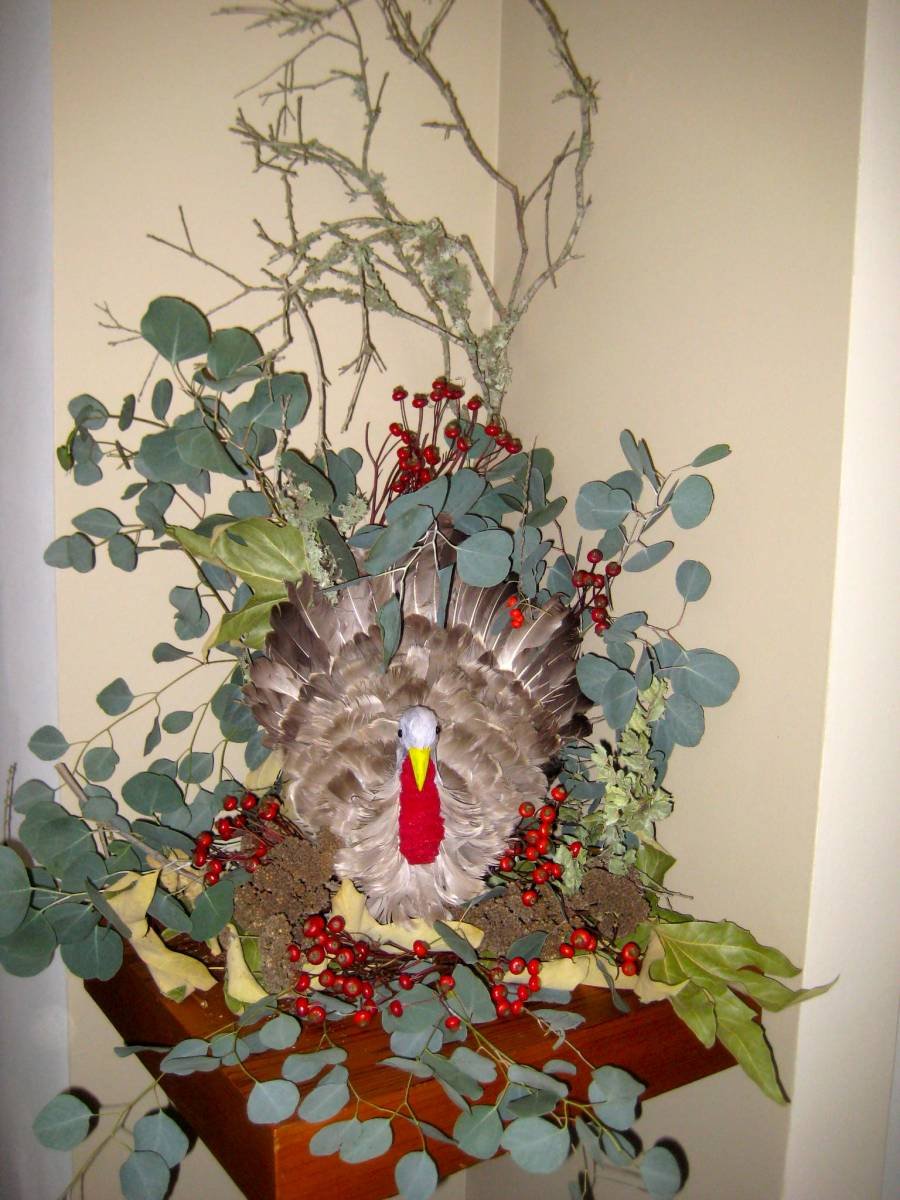 Doing something for the first time can be daunting, even if it’s something you know how to do. This is as true in decorating and entertaining as in anything. I will never forget the feeling near terror as I faced decorating the great room at Rancho La Zaca last year […]

Doing something for the first time can be daunting, even if it’s something you know how to do. This is as true in decorating and entertaining as in anything.

I will never forget the feeling near terror as I faced decorating the great room at Rancho La Zaca last year for Thanksgiving. My sweetheart Tom had recently moved back there, and though we’d been together for two years by then, I was still new to the Santa Ynez Valley and to his friends and family.

The room is nearly the size of a high school gym and at that time about as charming. We had recently installed mantles above the two fireplaces, which would help from a decorating standpoint, but at 12 and 15 feet long respectively, they were forbidding to say the least. The guest list grew to 36. Seated. Forget getting up to speed; I had to get up to scale. Lord.

The dining table would seat 14 as it was, and I needed to double that. (The four little children would sit on pillows around the coffee table, which they thought was fun.) I ordered plastic/metal folding tables the same height and width as the table, but obviously the whole thing would have to be covered.

Catalogs are great for holiday decorations. You think everybody will have seen them; but by the time they are transformed by your creativity, they are free of their catalog common-ness. (That’s my story, anyway…) And you won’t generally see same items in same catalogs next year. Which is exactly why I’ll use them again.

Hunting and gathering around the ranch and at local farmer’s markets produced greens, berries, bay leaves, and lots of produce. I mean, a carload. And it was barely enough. When dealing with such a long table, a low, repeating design is the way to go, accomplished here with the lanterns, candles, greenery, berries, and the California touch of peppers, chili and bell, which gave a nice pop of color. The lesson here is to get as much as you think you’ll need, and then get more.

And because I am completely neurotic (sometimes), designing and painting a little program and place card seemed like a good idea at the time.

Copies on the home printer, using watercolor paper, came out beautifully. The “program” inside listed the order in which the meal would progress, between scenes from an original skit composed for the occasion by our very own Adam (Cecil B. de) Firestone, complete with costumes designed by his sister Polly (Edith Head) Walker. Have you ever? It was all so wonderful.

But listen, I was so nervous beforehand about the decorating part that it almost wasn’t fun. What will they think of me if it isn’t perfect and fabulous… I will be banished … whipped… beaten… Shame on me. So now don’t you go thinking like that yourself, hear me? It’s decorating for heaven’s sake. Have fun or to hell with it. But anyway – I reckon it was all right.

Thank goodness someone else was in charge of the cooking. (That would be the estimable Chef Stephanie Valentine.)

Pilgrims and Indians in full swing, Act I.

And double thank goodness someone else is in charge altogether this year. But I’ve got Christmas and New Year’s coming…